TICKED OFF ABOUT TICKS

How the troublesome pest ignited violence against lawmen

Lost in the recent national controversies over the use of force by law enforcement are the sacrifices made by police officers in protecting their communities. Men and women sacrifice their lives each year chasing bank robbers and murderers but also while performing mundane tasks like checking on a stranded motorist. In the early 1900s, a number of officers in the rural South died enforcing a law many farmers viewed as federal government overreach.

From 1906 to the early 1940s, federal and state governments engaged in a war against a cattle tick that caused a devastating fever. The law required farmers to carry their cattle to community dipping vats where the animals were immersed in a chemical solution to kill the ticks. Many stock owners resisted, claiming transporting the cattle led to injuries, the chemicals sickened them, and the time and effort of the process was an annoyance. Cattlemen expressed their frustrations by refusing to dip, dynamiting dipping vats, burning the property of pro-dippers and government employees, and hurling threats that eventually escalated to assault or murder. Destruction of vats continued into the mid-1930s, but eventually government dissemination of information on the economic benefits of tick eradication led many skeptics to withdraw their opposition to dipping. 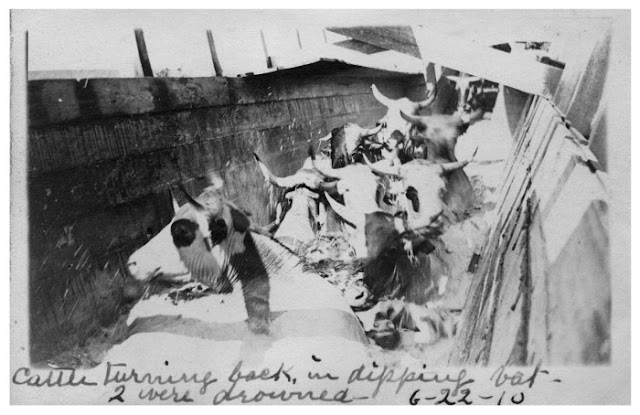 In the remote rural South, from the piney woods of south Georgia to Louisiana, resistance to mandatory treatment of cattle was strong and at times violent. Farmers

Read more »
Posted by Wesley Harris at 6:19 AM 1 comments

So much to see and do across America, I will never get to it all and probably you won't either.  Here's a few spots I've visited in recent years.

Eugene Bunch wasn’t just a train robber.  He was “jovial, jolly and gay – a typical bandit, who thought his profession of road agent a brave and proper one,” according to the railroad detectives who chased after him.   He reportedly tipped his hat to female train passengers and declined to take their handbags. He was equally courteous to his male victims but did relieve them of their wallets.  Express agents noted he never raised his voice when he threatened to blow their heads off if they didn’t open their safes. His take from a host of robberies was estimated in the hundreds of thousands of dollars.
For five years, from 1887 to 1892, Bunch stayed a jump ahead of a bevy of railroad detectives as he robbed trains in Texas, Louisiana, Mississippi, Georgia, and Florida.  His home  in Washington Parish near the Pearl River provided plenty of remote hiding spots if the law got too close. 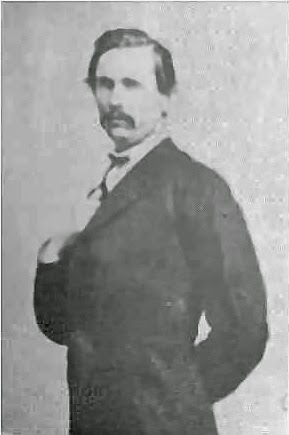 Eugene F. Bunch was born in Mississippi in 1843 to well-respected parents. The family moved to Tangipahoa Parish in his youth and ensured he received a good education. During the Civil War, he enlisted in the 3rd Louisiana Cavalry and apparently served well in the campaigns around Baton Rouge and Port Hudson, although he developed serious drinking and gambling habits.
At the close of the war Bunch returned to Tangipahoa Parish and opened a school at Amite. He married a Louisiana girl, Flavia Flynn, in 1869.  School teaching didn’t agree with him—probably because of his excessive drinking—so Bunch loaded up his pregnant wife and moved to Gainesville, Texas in 1874.
Bunch taught school briefly in Gainesville before being elected to three consecutive two-year terms as the Cooke County clerk.  He apparently used his position as an insider
Read more »
Posted by Wesley Harris at 10:03 AM 1 comments