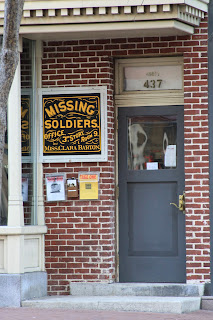 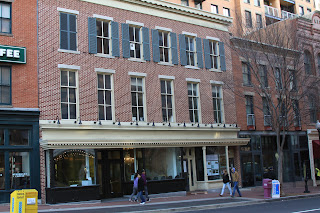 In the "National Treasure" movies starring Nicholas Cage, secret long-forgotten treasures are discovered in the Washington, D.C. area.  In a real-life "National Treasure moment," a carpenter for the federal government stumbled across the office of Clara Barton, the pioneering Civil War-era nurse and humanitarian who pushed for the creation of the American Red Cross.

While the facade of the old building has been restored, the dilapidated building at 437 Seventh Street in Washington was scheduled for demolition, its upper floors uninhabited for nearly 100 years.  Carpenter Richard Lyons of the General Services Administration was checking the interior of the old building when some papers caught his eye.  What he found ultimately led to a determination that this was the apartment Barton used for her Missing Soldiers' Office after the Civil War.

Between 1866 and 1868, Miss Barton supervised a staff which received correspondence from families searching for lost soldiers. Lists of the missing  were prepared and published for distribution nationwide to post offices. People who knew the whereabouts of the bodies of fallen soldiers would contact Barton's office, which would then notify the family. Occasionally a missing soldier was found alive.  The office handled more than 63,000 letters and provided information to the families of over 21,000 men.

Through a cooperative arrangement between the General Services Administration, the National Park Service, and the National Museum of Civil War Medicine, the facility will one day house a museum to preserve the facility and display the artifacts and papers found there.